The Coral Tombs out on January 13, 2023 via Napalm Records 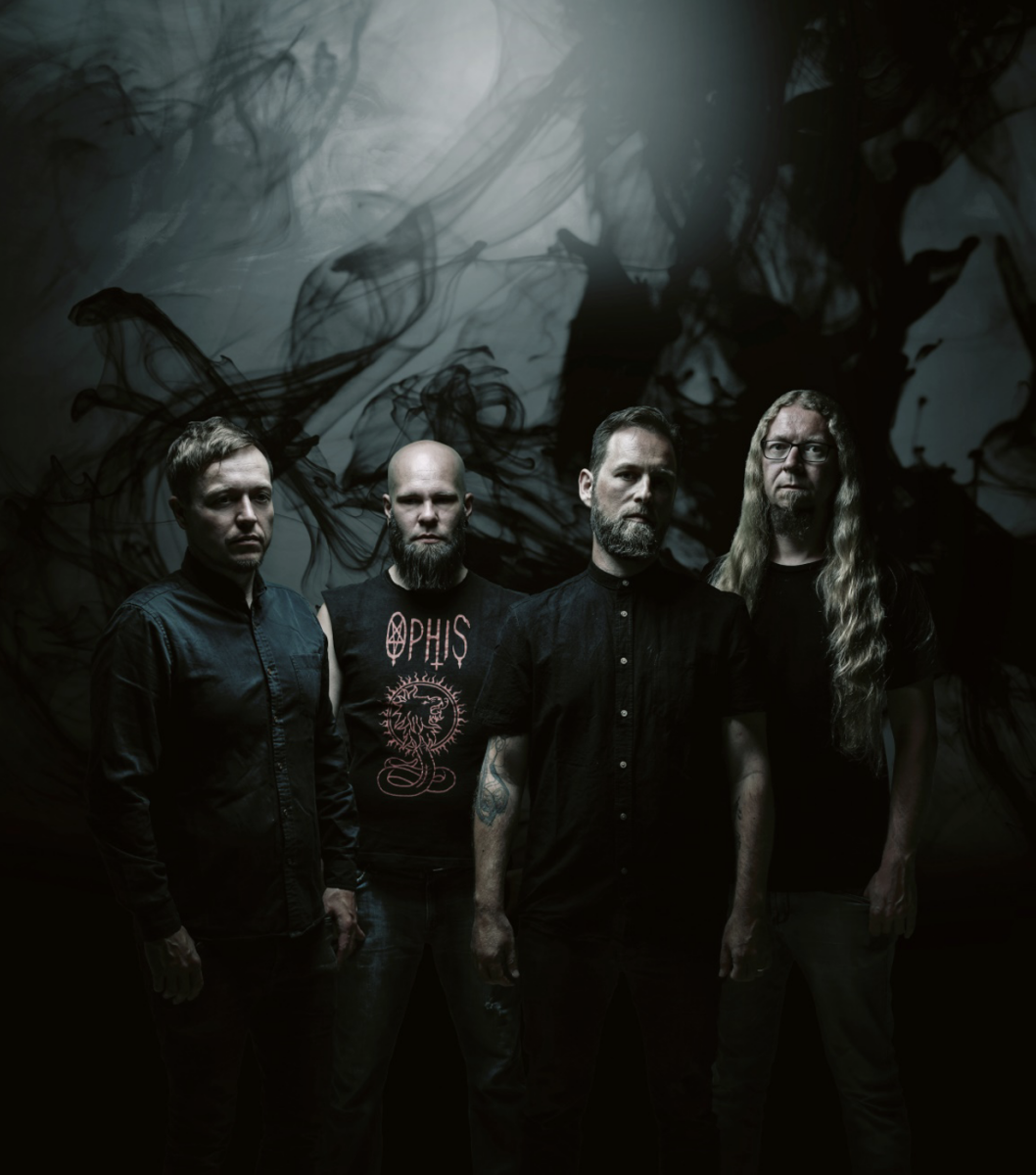 Following their much acclaimed, chart-impacting 2015 album, The Boats Of The Glenn Carrig, and the epic Live Prey release (2020), 2023 will see extreme doom metal masters AHAB celebrate their 19th band anniversary in glorious style: On January 13, 2023, the German four-piece will return with their fifth studio album, entitled The Coral Tombs, on Napalm Records! The release will mark their first full-length offering in eight long years.

The kings of nautik doom – a genre they invented – once again interpret a maritime novel, inspired this time by Jules Verne‘s masterpiece 20000 Leagues Under The Sea. Throughout seven new tracks, AHAB take their fans on a new musical journey with Captain Nemo and Professor Arronax. Of their entire discography, The Coral Tombs is arguably the closest the band has come to their sound resembling a real soundtrack: it‘s evil, it‘s longing, it‘s sad, it‘s meditative, it‘s cavernous, it‘s vast, it‘s ridiculously epic and as heavy as the colossal squid itself!
But give ear, as today AHAB has shared a lyric video for their first single and album opening track, “Prof. Arronax‘ descent into the vast oceans”. The song not only features ULTHA’s Chris Dark on guest vocals, but sees AHAB unleash a colossal thunder of blast beats and pitch black vibes before shifting into the epic grandeur of the melancholic-yet heaviness the band is known and loved for.

“How else could we have started our new album after 8 years wait? I love the unexpected, so it feels kinda natural to start that thunderous,” guitarist Christian Hector comments.
“The song tells the first milestone of “20,000 leagues under the sea“, when the Nautilus attacks and Professor Arronax and Conseil go over board and nearly drown. Of course we also introduce Captain Nemo in the first song. I cut the video myself as Napalm Records asked us for some videos – it‘s a lyric nautic video. We‘ll do two DIY videos and one professional video.”
The Coral Tombs was recorded, mixed and mastered by Jens Siefert at RAMA Studios in Mannheim, Germany. Along with AHAB‘s exceptional vocalist Daniel Droste, the album features guest appearances of ULTHA‘s Chris Dark as well as none other than the master of extreme doom himself, Greg Chandler – singer and mastermind of ESOTERIC, who closes the album and an incredible ride through the depths of vast oceans and the abysmal nature of mankind. AHAB not only invented and still steer the ship of their genre, but The Coral Tombs is poised to top 2023 Album Of The Year lists and will see the band sailing again as one of the best extreme doom metal bands of all time! 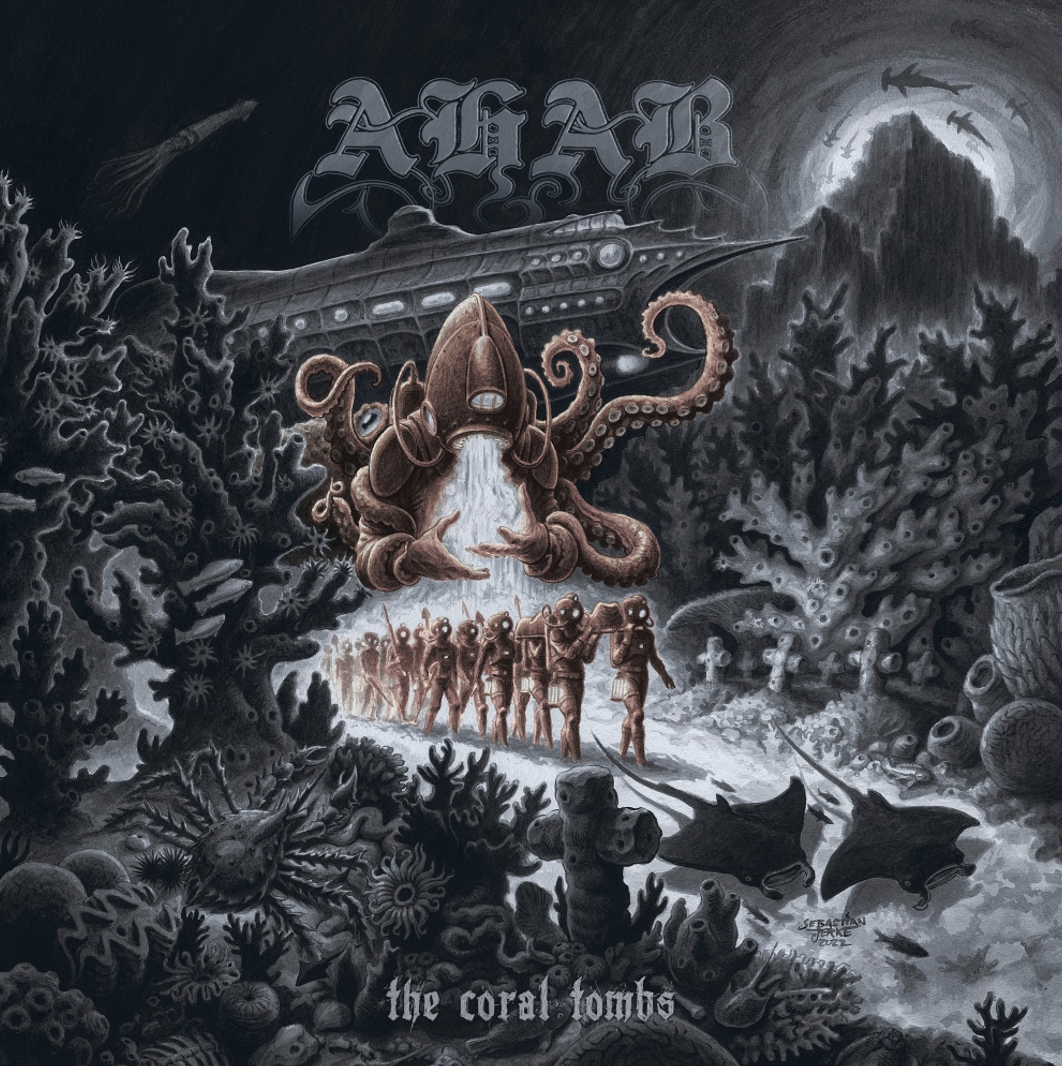 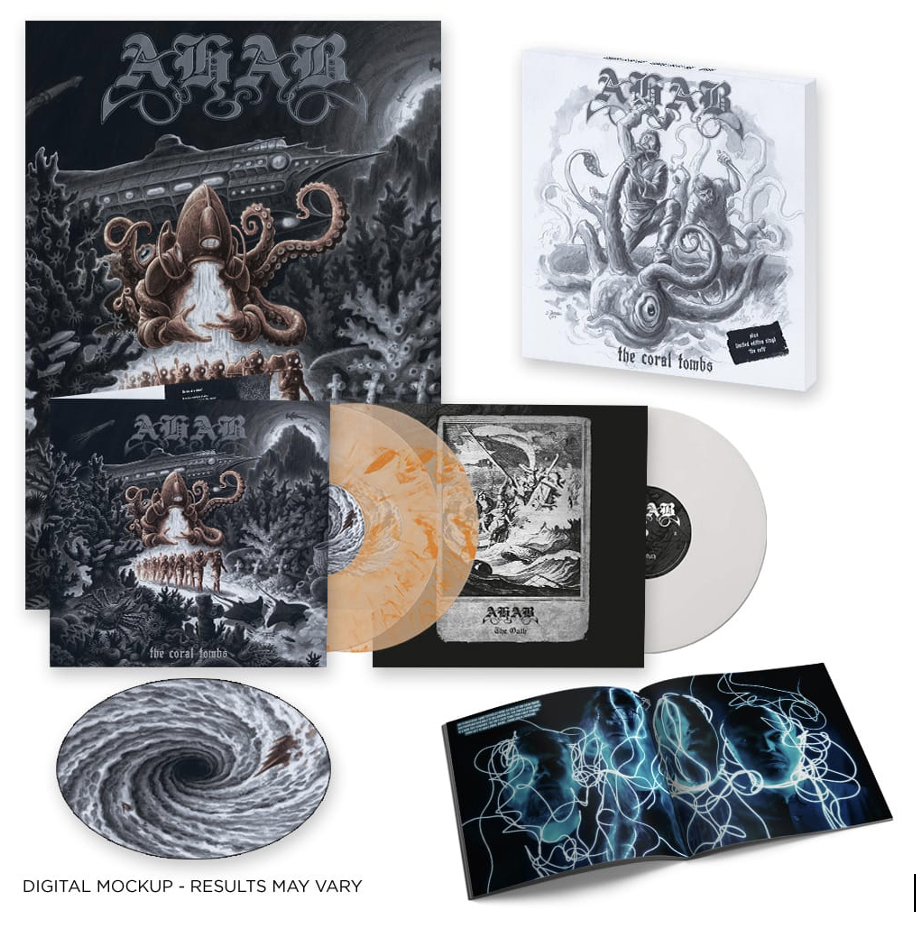