Andrews released her latest project, The Parthenon Sessions, in June 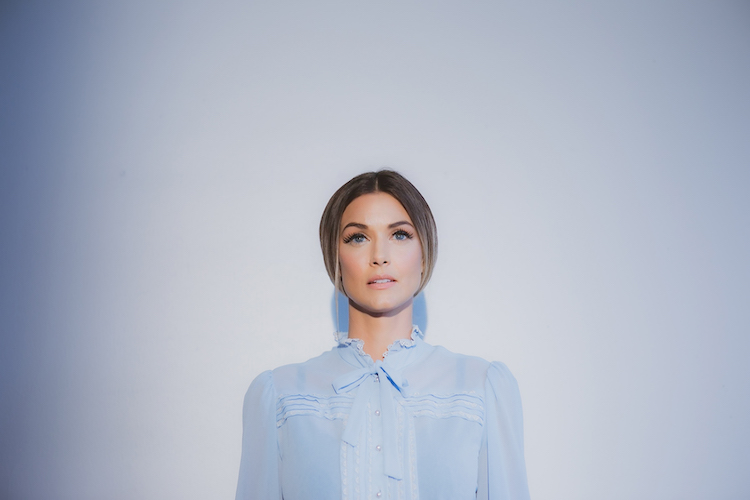 A prolific songwriter, who has achieved over 100 million Spotify streams, Jill’s music has been featured on hit TV shows, including This is Us (‘Only Love Can Break Your Heart’), Nashville (‘Tell That Devil’), Grey’s Anatomy and Beauty and the Beast (‘Rust Or Gold’). Andrews released ‘Rust Or Gold’ as a single, and within days of it airing on the show, the song ranked within the Top 10 on the U.S. Singer/Songwriter iTunes chart.

Speaking on her first UK tour, Jill said, “It has long been a dream of mine to meet all of my fantastic fans across the UK and I can’t believe in 2022 I am actually, finally getting to do it. I keep hearing how much people in the United Kingdom love and respect music. So I am excited to experience that for myself.”

Andrews released her latest project, The Parthenon Sessions, in June 2022. The EP was recorded in Centennial Park’s Parthenon, which is the only full-scale replica of the ancient Athenian temple in the world. All the recorded songs are tailored to the unique 5-second reverb of the building’s 42 foot tall ceilings.

The EP features a string orchestra and four re-imagined songs from Jill’s catalog, including her only recorded version of ‘Sanctuary.’ The song, written by Andrews, Gary Nicholson and Sarah Siskind, was originally performed in Nashville by Charles Esten and Lennon & Maisy Stella, and deemed by The Tennessean to have “led to ‘Nashville’s’ most powerful musical moment.”

Andrews is currently working on her fourth full length project, which is due to be released in early 2023, following her run of UK shows.

ABOUT JILL ANDREWS
Acclaimed singer-songwriter, Jill Andrews gives the unsung moments the voice they have always deserved. From her days fronting lauded Americana group, the everbodyfields, to her successful solo career as a writer and performer, Andrews’ music has taken her far from her East Tennessee home.

She has collaborated and shared the stage with countless celebrated artists including the Avett Brothers, Langhorne Slim, Drew Holcomb & The Neighbors, and the Secret Sisters. Her music has been featured on Grey’s Anatomy, This is Us, The Good Wife, Nashville, and Wynonna Earp to name a few.

After the success of her critically acclaimed 2020 album and book, Thirties, Jill decided to dig back into her songwriting catalog. Her October 2021 release, Ellen, is one that feels as if it lives in a middle space between where she has been and where she is going as a musician, songwriter, mother, wife, and friend. The six songs on the EP were mostly recorded when she first moved to Nashville, while still finding her footing in a town filled with some of the music industry’s most talented people. She had just started co-writing and recording with incredibly prolific writers and musicians (Trent Dabbs, K.S. Rhoads, Shawn Camp, etc.) and was still playing with some longtime friends like Josh Oliver (the everybodyfields, Watchhouse) and Ethan Ballinger (Miranda Lambert). Then, while the whole world was on pause, Andrews took the opportunity to focus on uncovering those songs. With hours of work put into rerecording, mastering, and fine tuning these songs, thus came, Ellen.

Andrews currently resides in Nashville, Tennessee with her children Nico, Falcon, and husband, Jerred. In 2022, Andrews is releasing an EP she created in collaboration with the Nashville Conservancy called The Parthenon Sessions. It features reimaginings of some of her most beloved songs with the added benefit of a strings section. Next, Andrews is continuing her work with writing and recording her fourth full length record Modern Age following her first UK tour, slated for release in 2023.