I WANNA LIVE
video
A New Tomorrow were formed in London by vocalist/guitarist Alessio Garavello (ex-Powerquest/Arthemis)
and bassist Andrea Lonardi, with drummer Tim Hall and guitarist Michael Kew joining later. The band have
taken their time honing their sound into the potent mix of uplifting, hard-hitting, melodic hard rock that can
be heard today.
Harnessing influences from the likes of Alter Bridge, Foo Fighters, Metallica and Green Day, they offer fast
and furious riffing coupled with super melodic hook lines, and have an original take on the hard rock genre
that makes them a breath of fresh air in the current scene.
Drummer Tim Hall states, “Several years of amazing times, full of both ups and downs, not just as a band
but as great friends, gave us the foundation to write something special for this record. ‘Universe’ became
the only title to encompass all our experiences as individuals and as a band, with themes – from fear and
doubt to taking back the pursuit of our hopes and dreams – that I think all of us can identify with. The
time we took gaining experience as a band before writing ‘Universe’ has really allowed us to find our own
space within the music, allowing our own individual influences to come across a lot more than in our
previous [single and EP] releases. Expect our heaviest, yet most dynamic range of songs to date, with
intricate, interwoven grooves alongside blankets of melodic guitars and powerful vocals. We feel
invigorated playing this music and can’t wait to unleash that energy with you live in 2020!”
The band’s love for life and go-getter attitude, both on and off stage, complete the picture of one of the
hottest acts to emerge from the UK underground in recent times. They now get to share the next chapter
in their evolution via their debut full-length album. Buckle up and enjoy the ride!
UNIVERSE
TRACKLISTING
1 I Wanna Live
2 A Million Stars
3 Golden Sands
4 Ignition
5 Mother Earth Is Calling
6 Mountains
7 Step Into The Wild…
8 …Home
9 Multitude Of Nothing
10 Universe
11 Abrasive (bonus track on CD only) 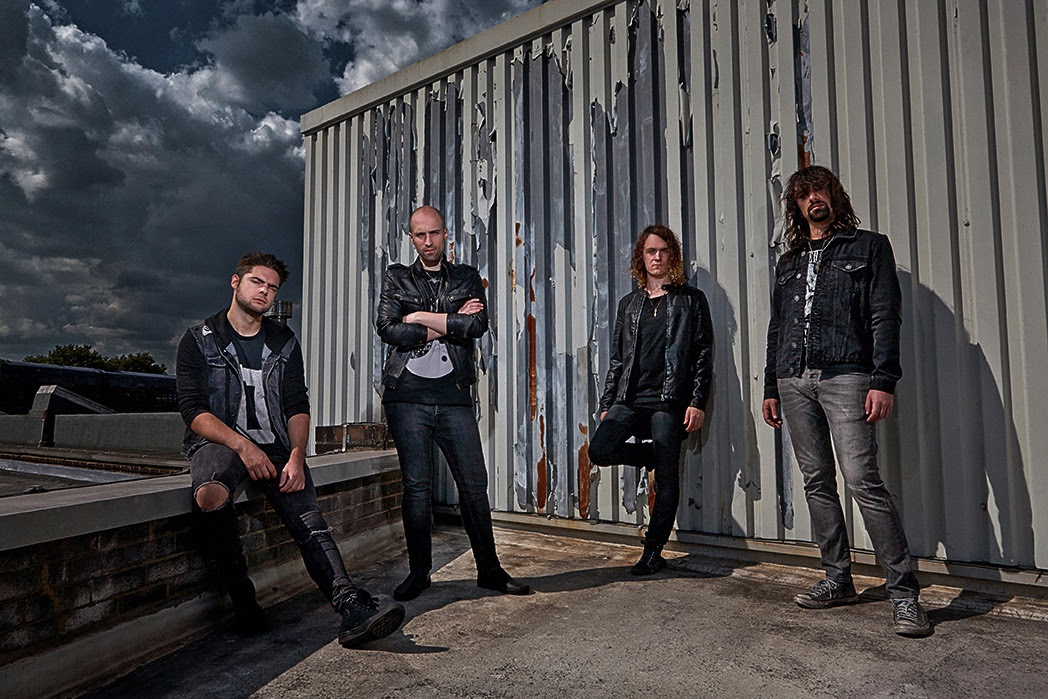 A NEW TOMORROW
Alessio Garavello – lead & backing vocals, electric and acoustic guitars
Michael Kew – electric guitars
Andrea Lonardi – bass guitar
Tim Hall – drums & percussion
anewtomorrowband.com
facebook.com/anewtomorrowmusic
twitter.com/anewtomorrowuk
instagram.com/anewtomorrowuk
youtube.com/user/anewtomorrowband
ABOUT FRONTIERS MUSIC SRL
Originally founded in Naples, Italy in 1996 by Serafino Perugino and his father Fernando as a
distribution company, Frontiers has developed into one of the premiere independent rock labels in the
world. Synonymous with quality music from across a broad spectrum of rock genres, the company has
worked with multiple genre heavyweights and fan favourites. Aside from providing a home for classic
artists from the 1970s and 80’s, it also boasts a wealth of young, up and coming talent that, with a savvy
and forward thinking A&R and marketing approach, will be developed into the future of rock and metal.
With a deep commitment to and passion for THE MUSIC and the artists who create it, plus massive
global distribution, sales, marketing and publicity channels, Frontiers is the premiere home for both
established and emerging rock artists.
Head Office: Naples, IT | U.S. Office: Nashville, TN
Subscribe to be alerted when new videos are added:
radi.al/SubscribeFrontiers
Follow the ‘Newest From Frontiers’ playlist on Spotify:
spoti.fi/1rQz5Zm