NO SHAME TOUR TO ARRIVE IN THE UK IN MAY

February 21st, 2020 — Today marks the premiere of “Old Me,” the introspective new single from 5 Seconds of Summer (5SOS). A falsetto-laced reflection on growth and forgiveness, the track is the latest release from 5SOS’s new album C A L M, due out via Polydor Records on March 27.

Listen to “Old Me” HERE / watch the Lyric video HERE

Speaking on the new music, lead vocalist Luke Hemmings said: “Old me carries a youthful spirit and follows the narrative of a young persons life growing up, for better or for worse. Every decision we made, whether right or wrong, has led us to the men we are proud to be today. We were thrown into the public eye at a young age and gratefully had each other at a confusing time. Sometimes it’s important we look back in order to appreciate the journey we’ve been on together”

5SOS’s fourth studio album and first full-length for Interscope, C A L M is available for pre-order from all digital retailers HERE. Those who pre-order the album will instantly receive “Old Me” along with the previously released singles “Easier,” “Teeth,” and “No Shame.” Check out the teaser trailer for C A L M HERE, and see below for the complete tracklist.

The band recently announced the North American leg of the No Shame 2020 Tour which will kick off with a trio of dates in Mexico. Ahead of arriving in the US, 5 Seconds Of Summer return to the UK for headline shows in May, including London’s The SSE Wembley Arena. Their eagerly anticipated UK tour will follow a one-off intimate gig at Kingston’s Pryzm, March 15th. Check out the tour itinerary HERE.

Tracklist for C A L M by 5SOS

May 14 – London, The SSE Arena Wembley 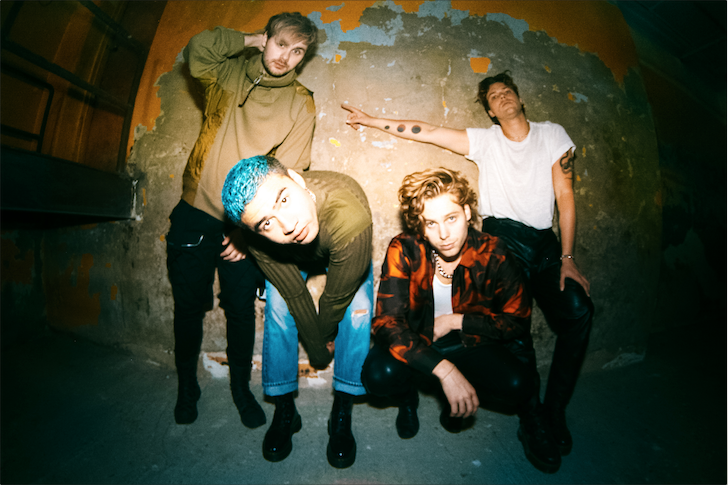