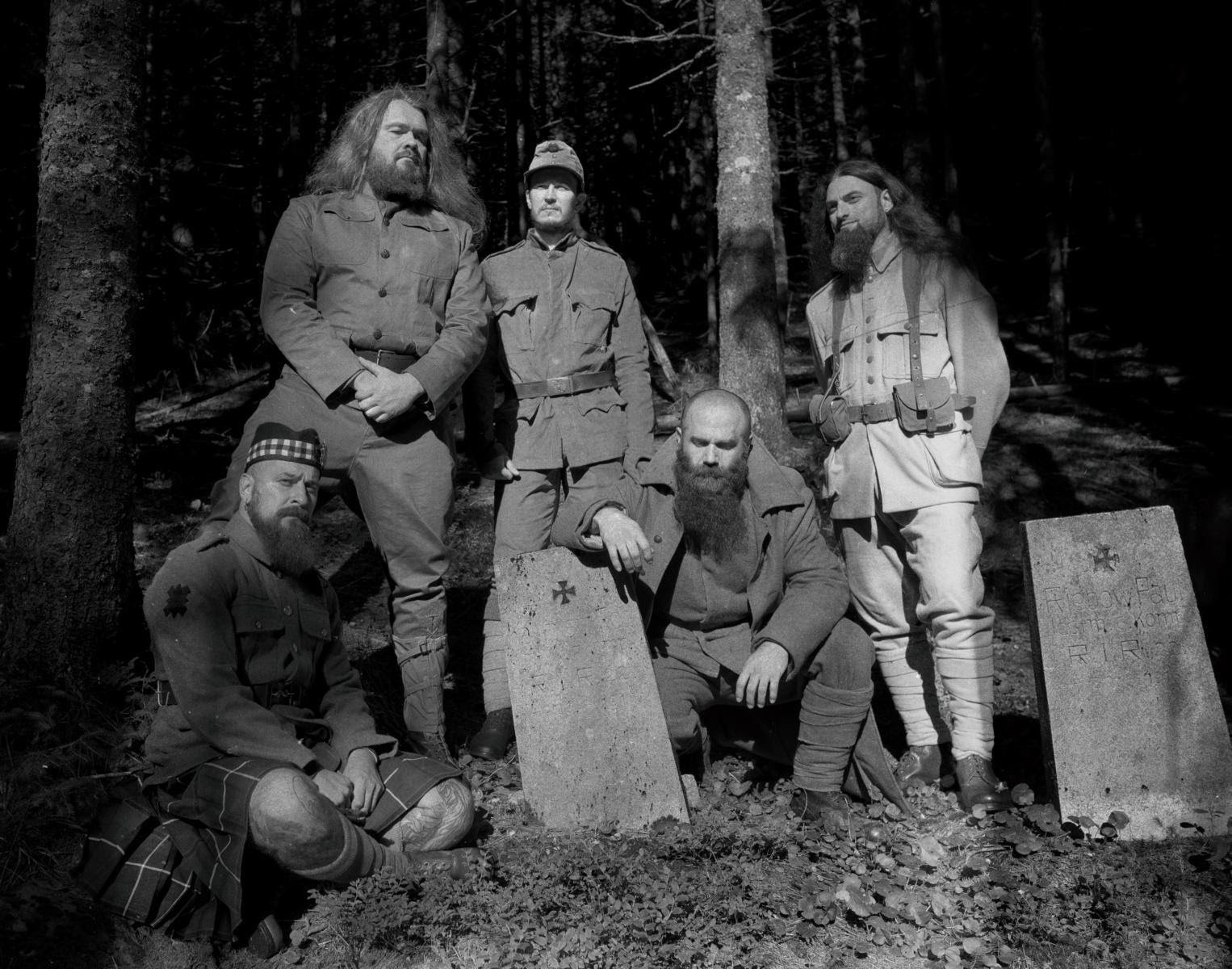 Ukrainian blackened death/doom metal offensive 1914 over the past few years have been able to craft epic albums.

Blurring the lines of genres, and creating albums that are breathtaking journeys for the listener.

The strongest point about 1914 is the topic they have chosen to base their band & musical offerings on. The first World War.

A topic many bands have tackled, but what 1914 does so well is write complete complex albums on a subject that emerges the listener & even gives them a history lesson.

Their past releases “The Blind Leading the Blind” (2018), and their debut, “Eschatology of War” (2015) were some of the best albums to come out of the Ukrainian in recent years & helped raise the bar for the pool of current blackened black metal bands.

“Where Fear and Weapons Meet” their new album has a fantastic theme & story.

“Unlike their previous works, Where Fear and Weapons Meet is not about death, but about life. Most of the heroes and protagonists in the songs survived war, became heroes and finally returned home. Even the album cover emphasizes this: Injured, shell-shocked and bleeding, the only survivor of a shield attack is holding his hand out to death, praying in agony, but death does not take him away.”

So when listening to the album on repeat listens I feel like I was following a lustrous story filled with so many plot points, twists and turns which made it so enjoyable.

“Pillars of Fire (The Battle of Messines)” is so large in scope & sound it’s hard for me as a writer to comprehend it. All elements the band have brought to the recording is balanced perfectly. The horns sections aren’t just in there for added sound or to thicken the band’s sonics. It is part of the band & elevates them.

Where other bands may use this trope too much 1914 are able to carefully use these elements at the right time to etch melodies within your brain.

“…And a Cross Now Marks His Place” which feat. Nick Holmes (Bloodbath / Paradise Lost is the stand out within the whole record.

It feels like the most “doom” track on the album, full of slow riffing, tribal-like drums & a quilty on the album only shines through a few times. But this track brings all the darker & slower elements to the track. Nick Holmes’ vocal performance also lifts the track to a higher level & makes it one of the stand out tracks of the year for me & the perfect mix i would love 1914 so use more.

“The Green Fields of France” is a ten minute plus Magnus opus.

A lone but haunting bagpipe echoes into the void before the band starts the heavy side of the track. Just like the other tracks on this album, this is top-notch but with “The Green Fields of France” it seems to be drenched in so much emotion & turmoil. A harrowing but beautiful track that completes this album.

1914 are titans, they may be too smart for some listeners but if you’re like me & a lover of extreme music with a thematic twist that is grounded this is for you.

“Where Fear And Weapons Meet” truly stands tall amongst the pact. 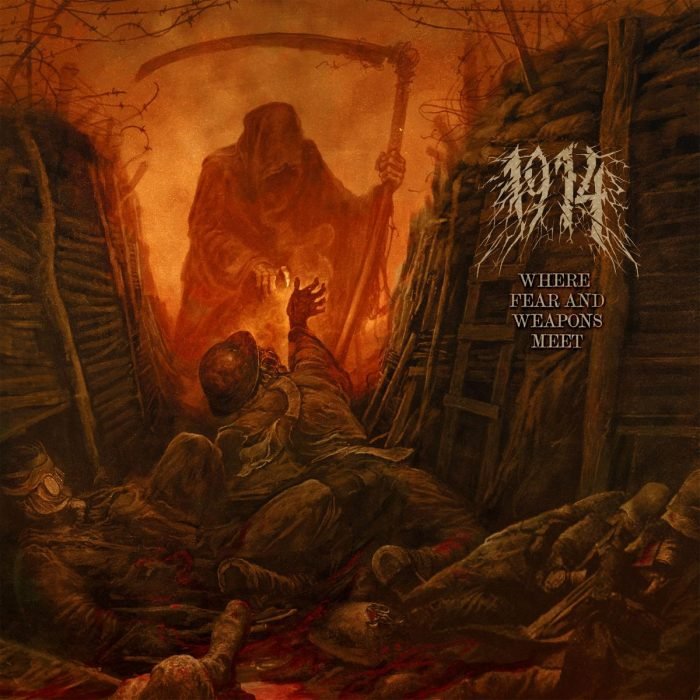 4. Pillars of Fire (The Battle of Messines)

5. Don’t Tread on Me (Harlem Hellfighters)

7. …And a Cross Now Marks His Place (feat. Nick Holmes)

10. The Green Fields of France