The Latest Single From Mitchell Tenpenny – ‘Truth About You’ (Out Now)

THE LATEST SINGLE FROM MITCHELL TENPENNY – ‘TRUTH ABOUT YOU’ (OUT NOW) 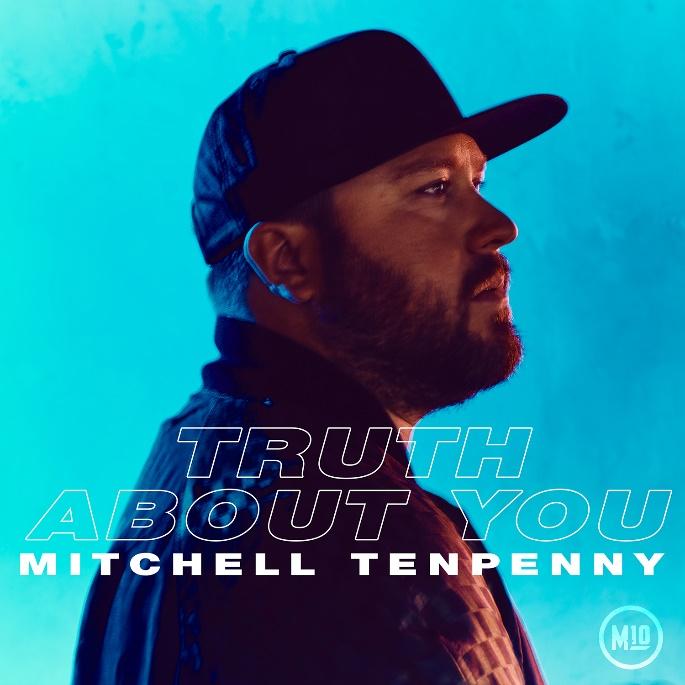 LONDON, UK. – (July 29th, 2021) – Rising country singer-songwriter Mitchell Tenpenny has released the latest brand new song from an as-yet untitled new EP coming out later this year. After a clip shared with fans on TikTok gained over 2.5 million views, ‘Truth About You’ was finally released earlier this month, and has already become the largest streaming debut of his career to date.

Stream/download ‘Truth About You’ HERE / Watch the lyric video HERE.

“We are nothing without the fans and we listen to everything they tell us,” said Mitchell. “This was a no brainer from the second we teased it because of the reaction and response from our incredible fans!”

Written by Mitchell, Matt Alderman and Thomas Archer, ‘Truth About You’ is the third new song Mitchell has released in 2021. It’s the follow up to SiriusXM’s The Highway Hot 30 #1 song ‘Bucket List’, which released in conjunction with the state of Arizona where Mitchell filmed the music video, and the critically praised ‘To Us It Did’ deemed a “must listen” and “marvellously energetic and charmingly written.” All three songs will appear on the upcoming EP.

Tenpenny is also confirmed to appear on a forthcoming collaboration with country superstar Chris Young, ‘At The End of A Bar’, having performed the duet for a huge crowd of hometown fans in Nashville as part of a video shoot over the 4th July holiday weekend.

ABOUT MITCHELL TENPENNY:
Since the release of his debut single, ‘Drunk Me’, Riser House/Columbia Nashville artist Mitchell Tenpenny has set new standards for breakout success in country music. The 2X Platinum-certified, No. 1 hit was taken from his introductory album, Telling All My Secrets, and earned him the best first week showing for any major label country debut LP in 2018. To date, ‘Drunk Me’ has amassed nearly 500 million on-demand streams.

In the year that followed, the “winning” singer (the New York Times) was nominated for New Male Artist of the Year at the ACM Awards and Breakthrough Video (‘Drunk Me’) at the CMT Music Awards and saw his ‘Alcohol You Later’ single certified gold. He also kicked off his first headlining concert series, the ‘Anything She Says Tour’, with labelmates and award-winning duo Seaforth who joined as support and were also featured on the gold-selling song, ‘Anything She Says’.

Continuing to record during the pandemic, Mitchell delivered four new songs during 2020 to his fans including ‘Can’t Go To Church’, ‘Here’, his cover of ‘Someone You Loved’ and ‘Broken Up’, as well as releasing the Neon Christmas EP for the 2020 holidays.