THE DRYES RELEASE ODE TO DOLLY PARTON “DOLLY WOULD” 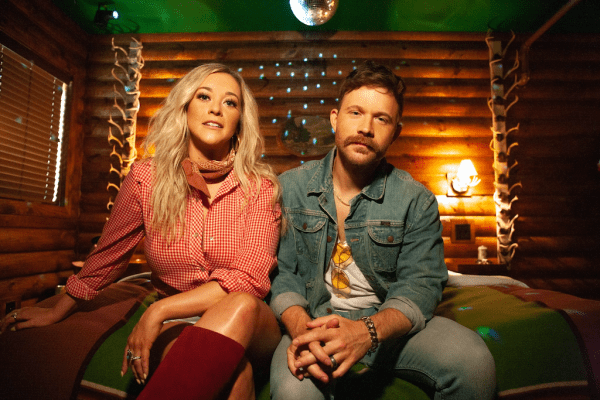 Above: “Dolly Would” Single Art
NASHVILLE, TN (August 20, 2021) — Nashville-based country duo The Dryes have released their new sassy and powerful single, “Dolly Would,” along with a candid lyric video filmed at The Dive Motel in Nashville. Co-written with Shane Stevens [Walker Hayes, Carrie Underwood, Lady Antebellum] and Mia Fieldes, “Dolly Would” is an anthem for women who feel misunderstood in the entertainment industry and look up to Dolly as a trailblazer who tore down barriers and stereotypes. The Boot’s Tricia Despres raved, “the song is the ultimate good time.”
On release weekend (August 20 and 21), Katelyn and Derek Drye will be performing the song at Dollywood as they partake in two shows for the Gatlinburg Songwriters Festival.
This new single follows the husband-wife duo’s previous release, “White’s Creek.” The song’s deeply significant and serendipitous story caught the attention of PEOPLE.

Above: The Dryes; credit: Sean Hagwell
About The Dryes:
The Dryes began writing with some of the country’s finest writers shortly after moving to Nashville in 2014, finding ways to put their soul on paper and make it look effortless. In 2018, The Dryes found success with the ultra-powerful song “War,” sparking a growing legion of fans that found a refuge of sorts within this couple that refuse to shy away from their truth. And they did it all independently, playing by their own rules. Today, “War” has gone on to amass over five million streams on Spotify alone.
As their stars begin to rise at warp speed, the two remain grounded within the ideals they have lived their lives by. “I want people to hear what we’ve gone through when we sing,” Derek explains. “All the joy and all the heartache and all our faith that helps bind it together. That’s what we want them to hear in our music.”
Today, The Dryes represent a couple that is as sassy as they are sensual and as mysterious as they are open, while at the same time showcasing a relatability that comes when one exposes one’s soul, as messy as that soul might be.
“We know who we are, and we know what our sound is, and we know our story,” concludes Katelyn. “This is who we are, and this is our life. And we invite our fans into that life.”
The Dryes online:
FACEBOOK | INSTAGRAM | SPOTIFY