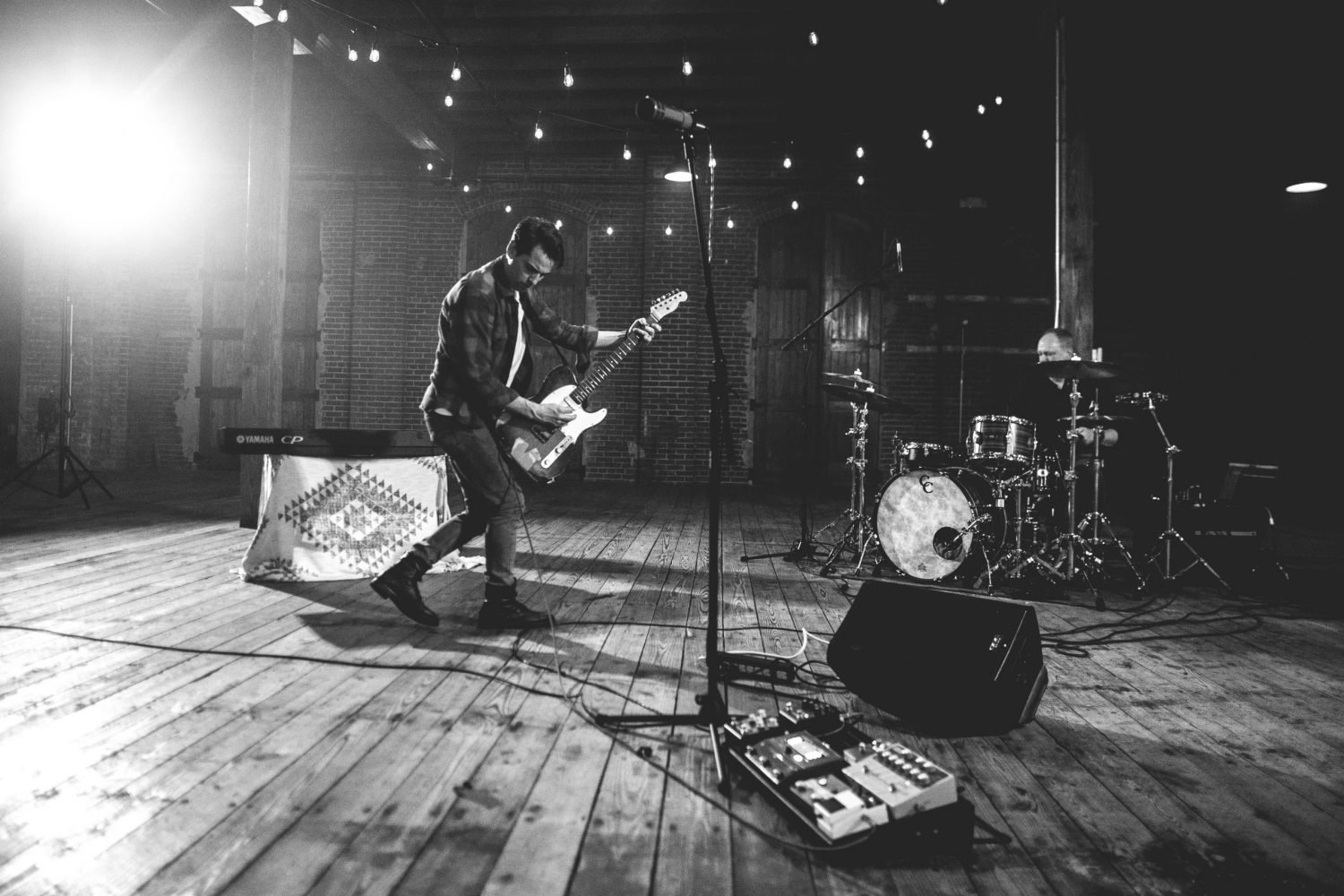 Keeton Coffman is a heartland rocker from Houston, Texas whose new album Hard Times is coming out on 6/18. Keeton’s style of music evokes the small-town Texas sound he grew up with, matched with the knuckle and grit of his true Rock and Roll soul. At times, recalling the energy of a young Springsteen/Mellencamp and in his more intimate moments, the understated elegance of Jason Isbell.

The first single “Wounded Heart” (out now) is a “courageous anthem that stings with power-pop adhesiveness and jubilant guitar chords. Coffman echoes the sounds of his heroes while projecting his own flair of songwriting singularity.” – Glide Magazine

“Everything is flawless – every note is perfect, every line delivered with emotional weight, and the tone of the track is somehow bittersweet and upbeat all at once.” – B-Sides & Badlands

And his second single “Magician” will be released this Friday 4/16: “…an atmospheric exploration of the themes weighing heavy on Coffman’s mind… Matching the tonality of Coffman’s words perfectly, the music behind “Magician” creates a palpable mood. Brooding with a neo-Western twist—but not without a tinge of melancholic hope—the song’s instrumentation peaks with a soaring climax. While the shadow-y feel is propelled in large part by the guitar tones, perhaps the true MVPs of the single are the texture sounds Coffman curated himself.” –American Songwriter

“There’s always struggle, and there’s always hope.  I feel comfortable with both of those forces in my life at all times,” Keeton Coffman says. “When you remove one of them, it feels weird.”

Coffman is pacing on his front porch, taking a moment to explain the tension not just that he’s found, but that he needs. “I love these new songs because you can hear the hope in them, but you can feel the weight of the circumstances, too,” he says. “If you just get dark for the sake of dark, you forget you still have a pulse, and hey, your heart is still pumping for a reason.”

The new songs Coffman is referencing make up his latest album, Hard Times, a 10-track feat of triumphant, ragtop-down rock-and-roll. Anchored in Coffman’s natural storytelling and earthy voice, Hard Times is both a reintroduction and a return for an artist who’s pushed through starts and stops, but who’s never been anything but exactly who he is. “I’ve never needed someone’s permission to write,” Coffman says. “I’ve always just thought it’s what I should do.”

Growing up in Bryan-College Station, Texas, Coffman found an old Alvarez guitar in his mother’s closet behind stacks of Motown, 70s songwriters, and Tina Turner records. “My mom showed me three or four chords after I confronted her with the guitar, like, ‘Why has this been hidden in our house?’” Coffman says with a smile. An elite gymnast en route to becoming a national champion, he carried the guitar with him on long bus rides to competitions, and then west to college at the University of Texas at Austin. When an injury finally ended his athletic career at 20, Coffman immersed himself wholly in music.

After graduation, Coffman packed up and moved to Houston, where he first built a following with his band, The 71s. The quartet decided to part ways in 2012, and solo projects including 2016’s Killer Eyes followed, always gaining traction thanks to Coffman’s Springsteen-esque grasp on the beauty only found in grit. Houston Press, Space City Rock, and other outlets noticed. But as projects opened doors, Coffman had to step back, moved by forces out of his control. Diagnosed with Bipolar II and Obsessive-compulsive disorder while still in high school, the diseases reared up and set him down. “You don’t know why Bipolar pops up when out does––it just comes out of nowhere, and boom,” Coffman says. “A few years ago, when things got very difficult, I decided, well, I’m not going to stop writing even though I’m not sure if these songs are any good – my analytical skills aren’t what they should be. When I got back to myself, I had these 10 songs.”

Hard Times comprises those songs––and Coffman’s willingness to trust the process. “When I just let the notes float around as they want to, I am symptom-free in the midst of all that,” he says. “On the hard days, the more music I play, the less my mind hurts.” Tracks including “The Magician” and “Night” tackle deception carried out by different actors to different ends, while songs such as “In the End,” “River Town,” and “Wounded Heart” explore faith, consistency, and love. Vivid details form multi-dimensional character sketches moving through recognizable Texas skylines, and the guitar-wrapped stories and confessions become our own.

“I hope people find themselves in the characters,” Coffman says. “This is a record I wrote from my experiences, but these aren’t stories about me. I hope these characters share your story, your thoughts, your pain. We can share the same hope––that’s what music does for me.”

KEEP UP WITH KEETON COFFMAN