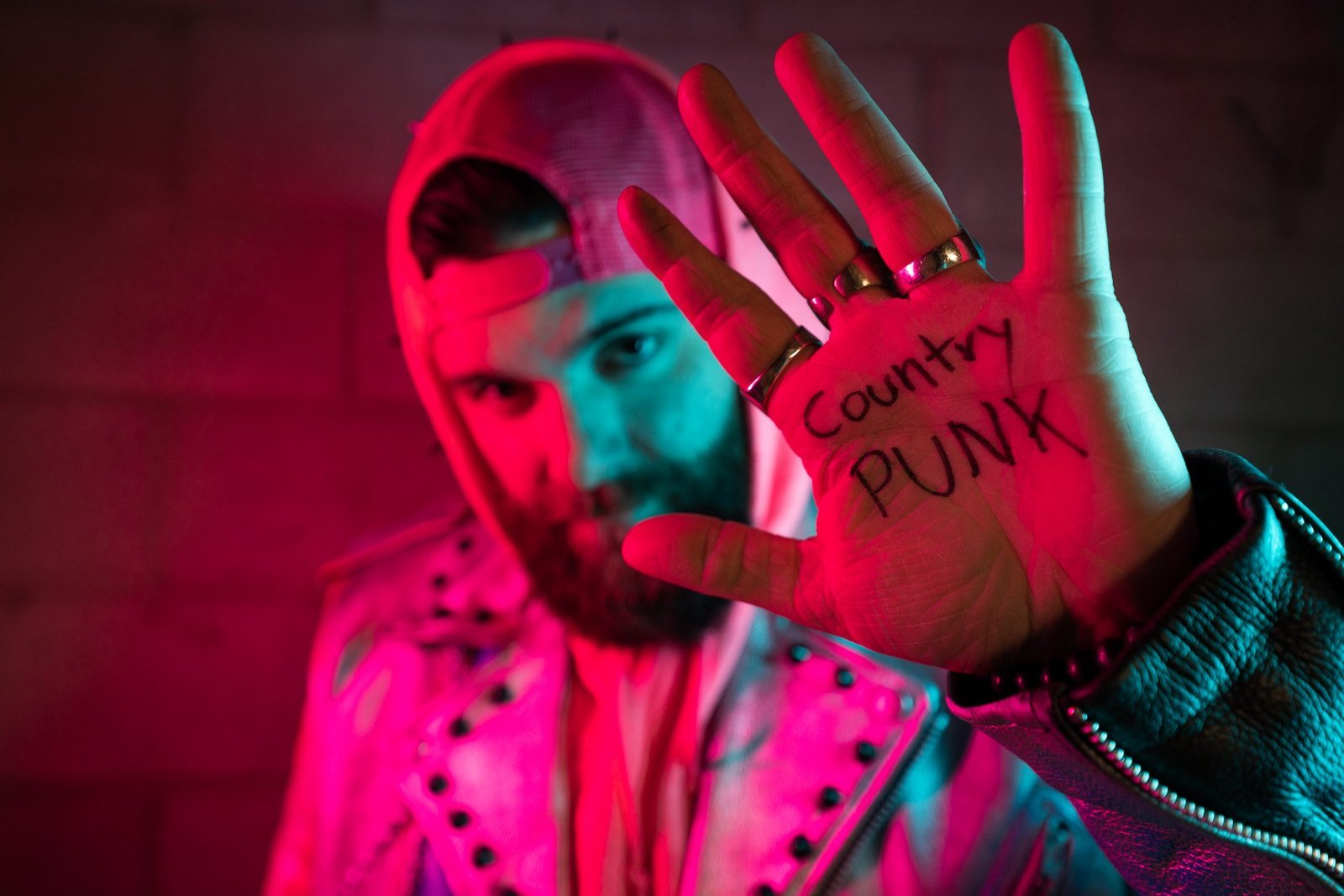 New Single “Might As Well Lead” Due Out Friday (May 21st) 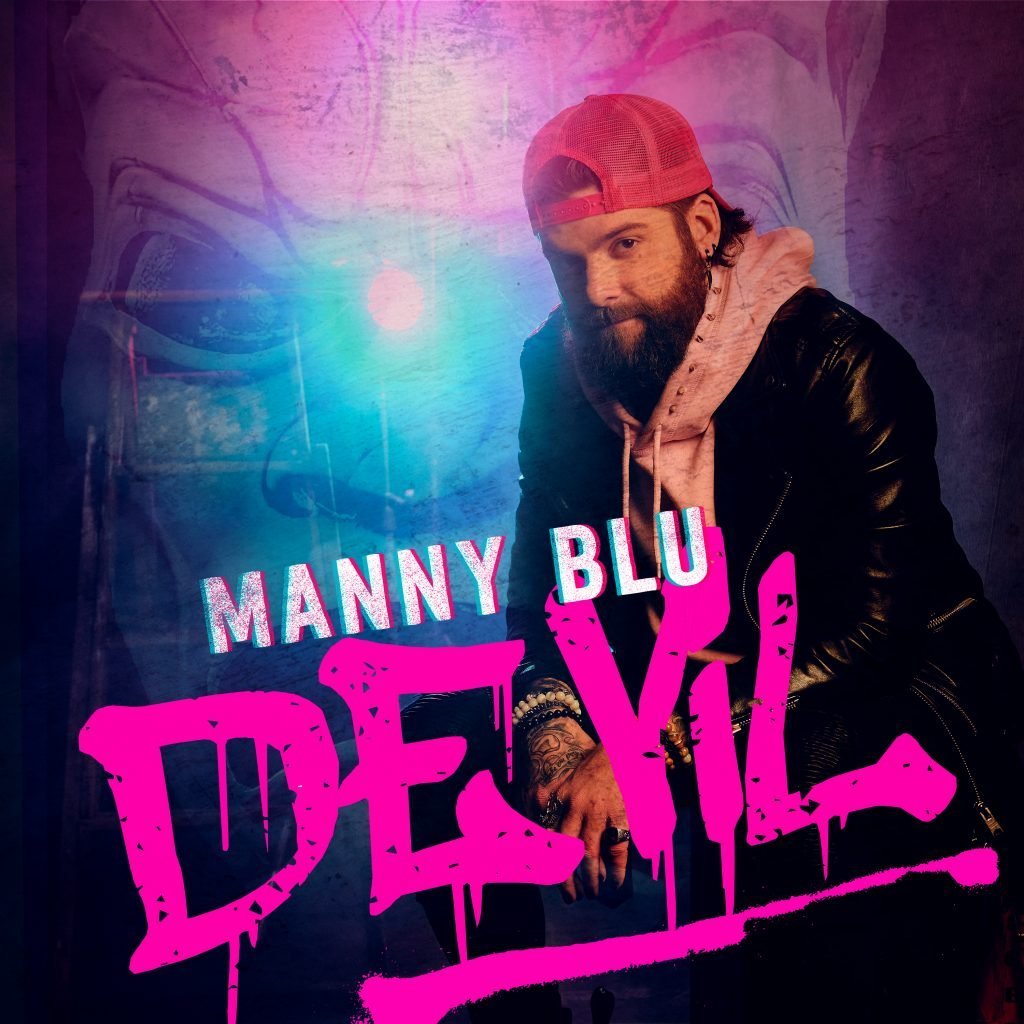 NASHVILLE, TN. – (17th May, 2021) – Manny Blu has announced the upcoming release of his EP DEViL. To be released August 20th 2021, Blu gives fans a first taste of what they can expect on the new EP with the release of a new single, “Might As Well Lead,” this Friday, May 21st. Written by Aaron Eshuis, Joe Clemmons, and Logan Wall, “Might As Well Lead” features Blu’s dynamic, booming voice and croons about how if a lover wants to fall for someone who isn’t the best for them, that they might as well go all in. “Might As Well Lead” is now available for pre-save on all streaming services here.

With lyrics, “If you’re gonna play with fire, go on and burn this whole place down. Let those flames get higher til’ you can’t find your way out. If you’re gonna fall like an angel, if you’re gonna fly with me… If you’re gonna dance with the devil, hell, you might as well lead,” Blu brings his country-punk attitude to the forefront.

Featuring five songs written by some of Nashville’s most esteemed writers, Ryan Beaver, Jessi Alexander, JT Harding, Brinley Addington, Anthony Smith, Michael Hardy, Craig Wiseman, Aaron Eshuis, Joe Clemmons, and Logan Wall, Blu’s forthcoming EP, DEViL, centres around testaments of love and songs that describe where he is at in his life right now both personally and professionally. In addition to “Might As Well Lead,” other tracks on the EP are “Train,” available here, and three other upcoming releases, titled “Valet” (featuring Brittany Kennell), “Rusty Things,” and “Circle Up” (featuring Blaine Holcomb).

Blu describes the new EP as “an ensemble of songs that have a variety of skill sets and sides of me as an artist that I haven’t shown before, and is probably the most complete project I’ve released to date. I think DEViL has elements that call back to what I’ve released before and what I have coming next.”

This year, the former hockey player, MMA fighter, and native Canadian also launched the live performance series Live & Turned Up on his Official YouTube page HERE. Known for his dynamic live performances, Blu and his band wanted to recreate the energy of a live show in each Live & Turned Up series, saying, “I wanted to lean into alternative content, and I thought playing our live versions of songs and recording them was a fun way to do that…we wanted to showcase how exciting our live show is.” In the series, Blu exemplified what ‘country punk’ truly is, which he explains to be “country music to the core, with a punk attitude.”

Since its first launch earlier this year, the videos have been gaining momentum, leading to the continuation of the series; Live & Turned Up Vol 2. Vol 2 kicked off on April 30th with a Machine Gun Kelly cover of “Kiss Kiss” (here). More Live & Turned Up Vol 2 videos will be released in the coming weeks and include Blu putting his spin on Miley Cyrus’ “Prisoner” and live performances of his original songs, “Train,” “Playback” (from his album Leave It Like It Is), and “Rusty Things.” Live & Turned Up Vol 2 is filmed at the historic Exit/In in Nashville, TN, which has been the focus of a campaign to preserve its historical existence.

When talking about the Exit/In location, Blu stated, “Nashville is built on its ability to assist artists at all levels of skill and notoriety. To lose a place like the Exit/In would be a detrimental loss to such a great community that values its history and importance. I’m so unbelievably grateful that they let us film our series ‘Live and Turned Up Volume 2’ on that historic stage. I definitely would have loved to have been able to play a real show with a live crowd but having that neon ‘Exit/In’ sign behind the band and I is something that is so meaningful to me, and as mentioned, something that I am so grateful to be able to relive forever.”

Live & Turned Up Vol. 1, available here, debuted earlier this year and put Blu and his band front and center performing some of their favourites and some of music’s most popular covers along with his original material. The video setlist includes The Pretty Reckless’ “Death By Rock and Roll,” “BLOW,” originally performed by Ed Sheeran, Bruno Mars, and Chris Stapleton, and Blu’s originals, “’95” (only available in series), “Old Money,” “Burnout Town” (from Blu’s 2020 sophomore EP), and “X on My Heart” from his 2019 debut.

Blu has also been earning a name for himself on TikTok, gaining attention for his videos that showcase his personality and style. You can view his latest TikTok which has received 500K+ views HERE. Blu continues to develop and mould his unique vibe to country music–a sound he introduced with his debut EP Leave It Like It Is (2019), followed by his 2020 release, New Ink. Despite the difficulties that all artists had to face in the past year, 2020 was a landmark year for Manny Blu as he continued to make himself seen in the country music community. The promising artist expanded his team to an international level through added representation in the US and the UK, successfully releasing his EP New Ink filled with major songwriters like Josh Osborne, Ross Copperman, and Rhett Akins, and finding success with his debut release from that project “Born to Ride,” reaching over 360K views on YouTube and surpassing over 1M streams worldwide.