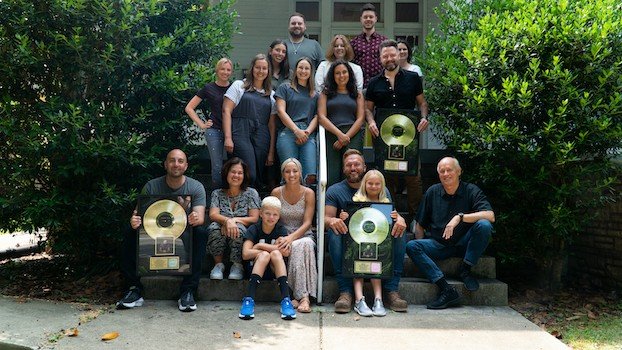 Marking over 100 Million streams to date on his 2017 hit “Better Off Gone”, the Kansas native and his family made a special trip to Nashville to celebrate the honour. This also marks a key moment for Big Yellow Dog Music, as Mize’s Gold record is a first for the label as well.

“I feel extremely lucky to have such a wonderful, dedicated fan base who continue to listen to my music and purchase tickets to live shows,” Mize says. “I don’t take it for granted, and this gold record is just a testament to them and their never-ending support.”

Announcing last Friday (30/7), Logan Mize will release his upcoming album, Welcome to Prairieville on October 1st 2021, featuring 11 masterfully written tracks that not only celebrate the artist’s rural upbringing, but also showcase his unique storytelling abilities. A true passion project, Mize spent nearly a decade developing the concept behind the album and co-wrote all but one song on the track listing, making this one of his most personal releases to date.

Revealing the first taste of the project on Friday as well, Mize debuted his “breezy ode to country roads” (CMT) – “George Strait Songs” – a heartfelt tune that pays homage to the country crooner’s roots and highlights all the best aspects of Middle America that made him who he is today.