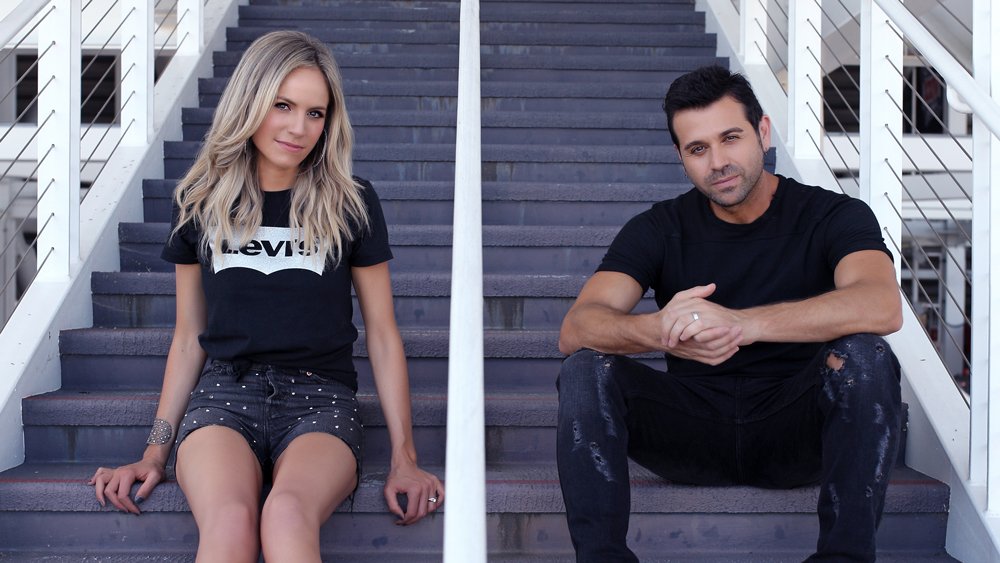 LONDON, UK. – (12th November, 2021) – With the holiday season fast approaching, Nashville-based duo Haley & Michaels (Shannon Haley and Ryan Michaels) are spreading the Christmas spirit with the release of their brand new festive single “I Wish You Love This Christmas”. The track, written by Haley & Michaels with Isabella Kearney-Nurse and David Spencer, is available to stream/download worldwide here.

Lining up to release new music next year, the duo explained: “We have spent much of the last year making new music and this past July, we turned our newly built home studio into a Holiday cave and got into the spirit. We talked about what our biggest wish for the world would be right now and wrote this song. We want to send a message of love and hope this Holiday Season, as these past two years have been especially difficult for so many.”

Haley & Michaels have also shared their festive favourites in a newly curated “Christmas Blend” Spotify playlist, combining new and old tracks to get everyone excited for the holidays.

Listen to “I Wish You Love This Christmas” here.

ABOUT HALEY & MICHAELS:
Named one of Rolling Stone’s “Artists You Need to Know”, Nashville-based country duo Haley & Michaels are known for their strong, blended vocal harmonies and their relatable lyrics. Capturing the vision of both Shannon Haley and Ryan Michaels, they sharpen a fresh, arena-size sound and embody what it means to be a pure duo on stage and off.

Introduced by a mutual friend in Nashville, the two musicians unassumingly met up for coffee and discovered that they grew up just three miles apart from one another in the San Francisco Bay Area. Carving out a style of their own, the pair breathed new life into country, striking a chord immediately with audiences everywhere.

Following their emergence of their breakout single, their wedding song “Giving It All (To You)”, the independent pair has generated over 40 million online streams in addition to landing on marquee Spotify playlists such as New Music Friday, New Boots and Wild Country and garnered success with 3 Top 10 singles on SiriusXM’s premier Country station “The Highway”.

Haley & Michaels have become a favourite of Hoda Kotb performing three times on NBC’s “TODAY”, and have shared the stage with the likes of Dan + Shay, Jason Aldean, Sam Hunt, Old Dominion and Chris Young.

Their single, “Hail Mary” originally debuted in the Netflix film Walk. Ride. Rodeo. It was then picked up by the duo’s hometown San Francisco 49ers with a music video directed and produced by the team, leading to a Monday NightFootball halftime performance in October at Levi’s Stadium, as well as performances for the Arizona Cardinals at State Farm Stadium for the band’s current hometown Tennessee Titans at Nissan Stadium.

The band has been captivating audiences internationally with each of their last 3 singles premiering on BBC’s Radio 2 with legendary host and tastemaker Bob Harris.

The duo finished 2019 as the most added country artist on Billboard, leading them to a contract with Sony Music Publishing and a new label deal. They are on the rise with features in TIME, The New York Times, Washington Post, and USA Today.  Haley & Michaels have spent the past year in the studio working on new music for release in 2022.