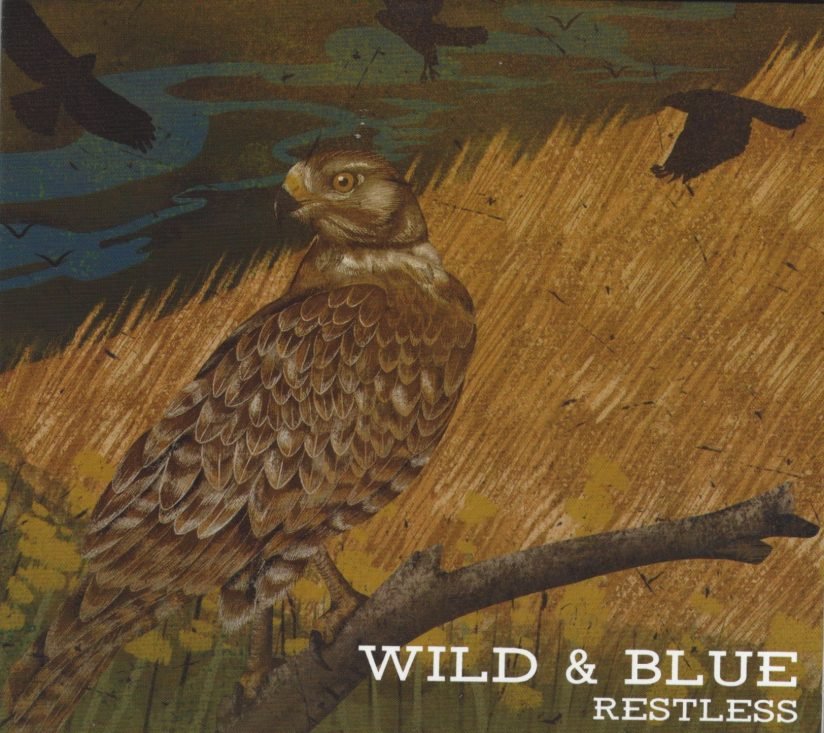 The track is off of their album Restless

NASHVILLE, TENNESSEE – Wild & Blue shared their new video, “Wedding Dress for Sale”  this week, with a premiere on Americana Highways on Tuesday and it saw its Ditty TV debut on, The Curve Wednesday evening.

The music video for was shot in Brooklyn, NYC and explores two aspects of the headspace April was in immediately post-breakup. The video concept was a team effort with April Bennett, Morgan Peters and Hannah Whisenant coming up with the treatment and Whisenant handling the direction and the cinematography during the shoot.

“When April confided in me about her broken-off engagement with her then-fiancé and her intent to sell her wedding dress, I was so moved that I went home and immediately penned the lyrics for this song for her to sing,” said Steve Bennett, half of the father-daughter duo Wild & Blue.

“The interior shots alone in an empty living room represent the feeling of isolation, of living without the promise of the shared life with your partner,” explains April Bennett. “We chose to suspend dried red roses with thorns still intact, in various states of dried-out decay to represent the ‘painful memories of a former life. With the exterior subway shots, we wanted to capture the surreal quality of the whole world proceeding as normal while you are experiencing such a huge loss.”

Here’s what the press has been saying about, Wild & Blue

“Their debut album is as strong as anything released out of Nashville the past few years, and between Steve Bennett’s original songs and April Bennett’s heartfelt vocals, well, the big blue sky should be the limit. Two in particular, “Wedding Dress for Sale” and “Being There,” deserve to be hit-bound now”  Bill Bentley – Americana Highways

“April says, “I personally can’t sing anything that I don’t feel,” and her emotional investment comes across in numbers like “Wedding Dress for Sale” and “Being There,” both of which actually do address her life.”  Jeff Burger – Seattle Post Intelligencer

“Wild & Blue is a pleasing mix of classic country and ’60s soul. Dad Steve Bennett is the creative force of the family band writing all of the nine original tracks, but the album is driven by the powerful vocals of daughter April Bennett.   April is equally effective on the country weeper “Wedding Dress For Sale” inspired by her own experience of a failed engagement (“Paid the deposit on the hall/I guess I’m gonna lose it”) with vocals more in the spirit of Patsy Cline or Loretta Lynn featuring hot licks by guitarist Jim Lewin and some fancy fiddle from Andy Lentz.”   Robert Wooldridge – Country Standard Time

Wild & Blue is the California-bred father/daughter duo of Steve and April Bennett, who take the time-honored tradition of family harmony into inspirational new territory. Steve writes insightful, personal songs and he and April sing them with timeless emotional urgency.

Steve and April — who dubbed themselves Wild & Blue in honor of the classic John Scott Sherrill song of the same name — have been singing together for live audiences since April was a toddler. In adulthood, April’s aching, expressive voice has emerged as a powerful vehicle for Steve’s songwriting.

Having already established themselves as a crowd-pleasing California Central Coast live act, Steve and April are eager to present Restless, their effortlessly impressive debut album, released in January 2021, to a global audience.