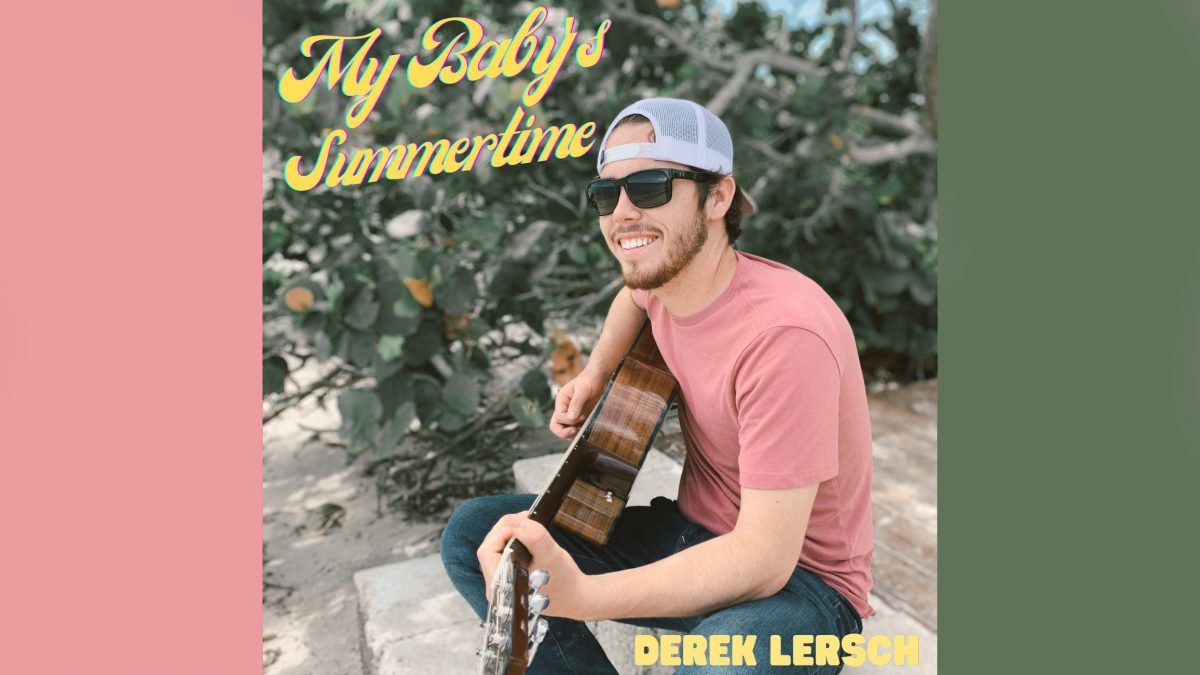 Above: Cover Art for “My Baby’s Summertime”
“The perfect summer jam!…grab a cool drink, put on some shades and sing along…”
—The Country Note, July 1, 2021
NASHVILLE, TN (Aug 4, 2021) — Florida-based country artist Derek Lersch has released a sun soaked music video for his latest single, “My Baby’s Summertime.”
With “My Baby’s Summertime,” Lersch combines all the quintessential elements for a summertime party while fusing the best elements of country rock and ‘90s country. Click here to watch “My Baby’s Summertime.”
“We had such a great time making this video and that was the goal,” says Lersch. “This is a fun song and we just had a party making it. I think it captured the feel of the song perfectly…summertime fun!”
For Lersch, who has already shared the stage with notable acts like Rodney Atkins, he says, “this new song is a lot different than my previous singles as it is full of energy and matches the kind of energy I bring on stage.”

Attributing many of his stage antics and sound to the various musical influences he grew up on, the Scituate, Massachusetts born artist was mesmerized by the greats, from legends like Tom Petty and The Eagles to Michael Jackson and Garth Brooks. “I grew up on all kinds of music. From classic rock, pop, country, everything! You’ve got to remember, I’m a 90s kid too, so even the Backstreet Boys and Shania Twain have influences in my music,” explains Lersch.
​
Lersch released his debut single, “Miss Me Whiskey (2018),” followed by 2019’s sophomore single, “Forever & Always,” which holds a special place in his heart. The song was Derek’s wedding song to his high school sweetheart and the music video was filmed at their wedding. Later that year, Derek released his third single “Midnight Moonlight,” which was a response to the rockin’ country feel Derek’s fans had been asking for.

Derek Lersch will release his debut EP in fall of 2021.