Brooke Eden Releases Music Video For ‘Got No Choice’

PINK NEWS PREMIERES IN THE U.K. 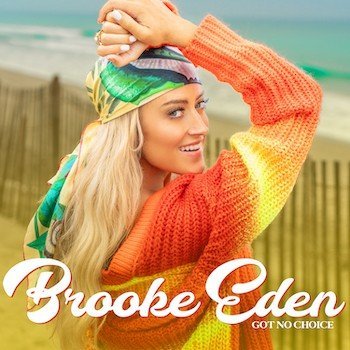 NASHVILLE, TN. – (May 10th, 2021) – Proving that she’s “Got No Choice” but to love honestly, Brooke Eden has released the video to her newest single. Directed by Ford Fairchild, the “Got No Choice” visual shows the happiness that comes with living and loving with integrity. The video premiered this past Saturday, May 8th on CMT’s Hot 20 Countdown as well as on ViacomCBS’ NYC Times Square billboard (pictured below) and on Pink News in the UK.
Watch the video for “Got No Choice” HERE, and watch the lyric video HERE.
“Got No Choice” was written by Eden, Jesse Frasure, and Cary Barlowe, and is the third and final track in her reintroduction trilogy. Preceded by “Sunroof,” and “No Shade,” these songs are the manifestation of having taken the time to become confident in who she is and who she loves, marking the end of her four-year hiatus. For each of the track’s accompanying videos, Eden was able to incorporate her girlfriend, hometown, and even the bar at which she grew up singing, giving viewers an authentic glimpse into her life.
The songs and videos thus far have received with much critical acclaim:
“Eden hopes her latest series of songs will inspire people looking for silver linings in their struggles.” – Washington Post
“Brooke Eden is the queer country superstar we need and deserve in ‘Sunroof’ video” – Gay Times
“Powerful, expressive voice and catchy, radio-worthy songs” – People
“The breezy video, featuring Eden with her real-life girlfriend, feels as liberating, warm and lovely as the song itself.” – Billboard (on “Sunroof”)
“Brooke Eden’s ‘Sunroof’ celebrates love.” – NPR Here and Now
“Her bliss bleeds into every resonant, twangy note she sings.. it’s infectious.” – MTV News
Displaying her signature vocal swagger, Eden’s trilogy of songs allows listeners to follow each step in her journey from her 2017 breakout single, “Act Like You Don’t,” to her current outlook. The first song and video released in the trilogy, “No Shade,” kicked off the intertwined narrative. The wildly infectious melody and throw-back flare of her second track, “Sunroof,” co-written by Eden, Sarah Buxton and Jesse Frasure, draws as much from the Supremes as it does from Nashville’s current country stylings. The resulting sound reflects Eden’s newfound levity, and perfectly combines the artist’s soulful and country influences into a fresh new direction. “Sunroof” was the first song created with Eden’s refreshed sound in mind. Led by Jesse Frasure (Thomas Rhett, Florida Georgia Line, Kane Brown, Marshmello, Meghan Trainor, and more), the three buoyant new tracks were produced by him. The accompanying video has not only amassed over seven million streams, but also hit #1 on iTunes 48 hours after it’s premiere, beating out Silk Sonic (Bruno Mars and Anderson Paak) for the #1 all genre position.

Hear more about Eden’s personal and professional growth since her 2016 release of Welcome to the Weekend HERE. 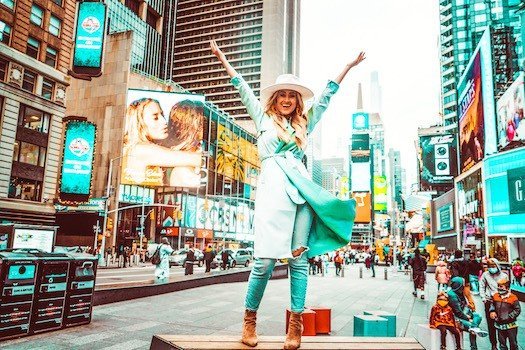 ABOUT BROOKE EDEN:
Lauded for her commanding stage presence and brassy straight-shooting style, vocal powerhouse Brooke Eden flaunts a sassy flare in her trio of new songs that vulnerably detail her journey to love. Championed by Billboard as a “fiery country star-in-the-making,” Eden pairs her honest songwriting with punchy tracks from producer Jesse Frasure (Thomas Rhett, Florida Georgia Like, Little Big Town) to deliver her most authentic work yet.  Coupled with a trilogy of music videos that illustrate Brooke’s own path towards self-acceptance, Eden confidently shares her romantic optimism and warmth, while sharing the joys of summer all year long.  With over 37 million on-demand streams already, Eden has garnered new critical acclaim with her two new tracks.  According to Rolling Stone, “with its loping banjo figure and some rhythmic swagger, … ‘No Shade’ is something to make you count the days until spring arrives.” Following with the release of “Sunroof,” Billboard says, “The breezy video, featuring Eden with her real-life girlfriend, feels as liberating, warm and lovely as the song itself.”  The music video for “Sunroof” almost instantaneously shot to the top of iTunes’ all genre chart and was viewed over 6 million times in its first week alone.  Gay Times calls Eden the “queer country superstar we need and deserve,” as Eden actively strives to celebrate all forms of love within the Country genre.  Eden also proudly represented Nashville in Spotify’s global Pride Event in 2020.  The highly anticipated conclusion to her trilogy, “Got No Choice,” is out now with an accompanying video.
Instagram | Facebook | Twitter | YouTube | TikTok | Website.